Intercounty Connector Opens a Section After Decades of Delays 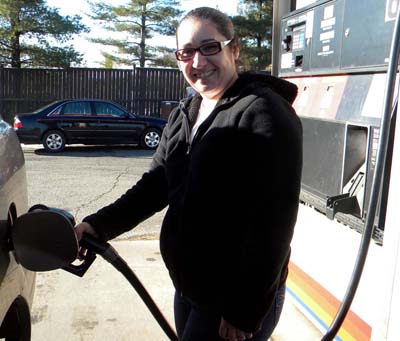 Tatiana Olivera, 33, of Shady Grove, is happy with her commute. She thinks the ICC is a great idea. "You can drive faster," she says. (Photo by Maryland Newsline's Maite Fernandez)

Interactive Quiz: How much do you know about the Intercounty Connector?

Map of the first portion of the ICC

SILVER SPRING, Md. - Tatiana Olivera is happy with her commute. She drove from her home in Shady Grove to her job on Norbeck Road using the brand new Intercounty Connector, which opened its first stretch Wednesday morning after decades of debate.

“It’s a great idea. You can drive faster,” said Olivera, 33, who works as a house cleaner.

Carmen Solis, a 36-year-old business manager, lives in Olney, works in Silver Spring, goes often to Virginia and visits her parents in Gaithersburg regularly. She said she is going to try the ICC Wednesday night.

“I’m looking forward to do it,” she said. “I might save 15 minutes or more on traffic time.”

Solis and Olivera were two of the thousands of people expected to use the 7.2-mile stretch of the ICC daily, Maryland Transportation Authority officials predict. More than 21,000 vehicles are expected daily.

The first leg of the highway connects Interstate 270/370 in Gaithersburg with Georgia Avenue in Silver Spring.

But not all are as enthusiastic as Olivera and Solis. Many have complained about the additional traffic and noise that will be brought near residential communities, and others complained about costs and environmental impacts.

For Nick Ghods, 55, of Rockville, that discussion was personal. He said he spent the last two years listening to construction of the ICC behind his house.

“You hear it back there early in the morning and on weekends,” Ghods said.  “They had to get it done, so they were always working.”

Two new bus routes run by the Maryland Transit Administration will operate along the ICC. One of the stops is immediately behind Ghods’ house.

“No one who lives near the highway is happy that it will be there,” said Jeff Weiler, vice president of Ghods’ neighborhood association. “But I think that the planners have tried to accommodate us whenever possible.” 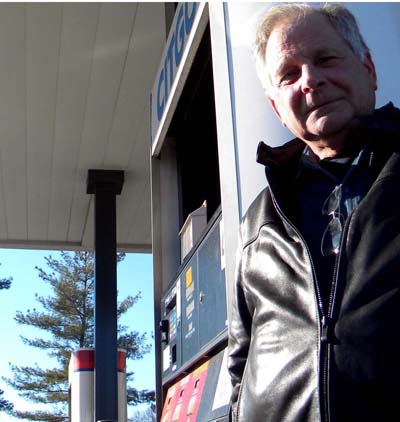 Gregory Hinely, 64, of Silver Spring, doesn't like the ICC project. "It's a waste of money," he says. The connector will cost $2.6 billion. (Photo by Maryland Newsline's Maite Fernandez)

Ray Feldmann, a spokesman for the ICC, said police will patrol park and rides, and the ICC will be partnering with Montgomery County police in order to improve safety.

Gregory Hinely, 64, who is retired and lives in Silver Spring, has concerns about costs.

Ray Feldmann, a spokesman for the ICC, said police will patrol park and rides, and the ICC will be partnering with Montgomery County police in order to improve safety.

The cost estimate of the connector is $2.6 billion, nearly half paid for by the MTA. The rest of the money comes from a number of state and federal bonds and funding, according to the ICC website.

Others doubt the project’s effectiveness. “The ICC benefits are speculative and may not take place,” said Stewart Schwartz, executive director of the Coalition for Smarter Growth.  And, he said, “It comes at a huge cost.”

Concerns about congestion and air pollution worried members of many local and national groups as well, including the Sierra Club and the Environmental Defense Fund.

ICC planners spent about 15 percent of the project’s estimated cost on an environmental program that would extend bridges beyond standard boundaries to further protect streams and lakes, according to its website.

The ICC is Maryland’s first all-electronic toll road and will eventually connect Prince George’s County with Montgomery County. For the first two weeks drivers can use the road for free. Tolls will go into effect at 12:01 a.m. March 7.

The second segment of the ICC, between Georgia Avenue and Interstate 95 in Laurel, is expected to open in late 2011 or early 2012. There’s no definitive construction start date for the last section of the project, which will connect Interstate 95 with U.S. Route 1, according to the MDTA.